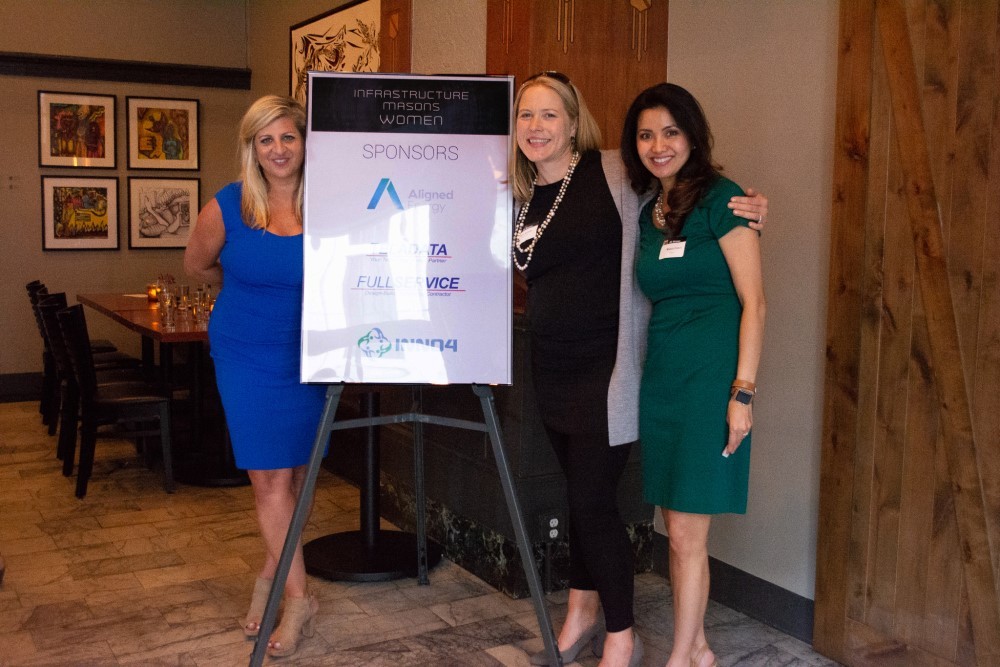 In the last few weeks iMasons announced the appointment of new chairs for IMWomen US and Canada, but we couldn’t let these new appointments overshadow the important work done by the previous chair and co-chair of IMWomen, Mercy Manning and Chrissy Olsen. “IMWomen was really Mercy’s idea”, said Dean Nelson, Founder and Chairman of iMasons. He continued “She’s done a stellar job launching IMWomen, making it an important resource for women in digital infrastructure, and their allies. It is now one of the more active and visible parts of iMasons. And it was Mercy who recruited Chrissy as her co-chair.  Thanks for your leadership, Mercy and Chrissy!”

“Mercy and Chrissy were at the core of more than a dozen IMWomen meetings, ranging from a code-athon for girls held at Tesla, to many women’s networking events held at conferences worldwide.  These events take real work to organize and execute, and they always go so well. It’s really impressive what Mercy and Chrissy have achieved!” said Maricel Cerruti, an iMasons Board Member and Executive Sponsor for iMasons Diversity and Inclusion initiatives. “We owe them a debt of gratitude for launching an important initiative that will live on.”

“We look forward to the continued support and engagement with Mercy and Chrissy helping to drive more strategic initiatives in 2020, such as IMWomen’s Speakers Bureau and leading more IMWomen live and virtual events across the nation”, said Amber Caramella, Advisory Board Member and Global Executive Sponsor for IMWomen.  “It has been a pleasure working with Mercy and Chrissy over the last year.  Their passion for Women in Technology resonates in everything they do.”

Infrastructure Masons (iMasons) is a non-profit, professional association of technology and business leaders who represent over $150Bn in infrastructure projects in over 130 countries. The organization is guided by an Advisory Council comprised of global leaders who manage some of the largest digital infrastructure portfolios in the world. The iMasons vision is to Unite the Builders of the Digital Age by enabling our global membership to Connect, Grow, and Give Back. Members leave their companies at the door and connect as individuals. IMasons has four strategic industry priorities – increase Awareness, enhance Education opportunities, champion Diversity & Inclusion, and inspire Sustainability through deep member engagement. Visit the website at www.imasons.org

The Business Case for Diversity and Inclusion